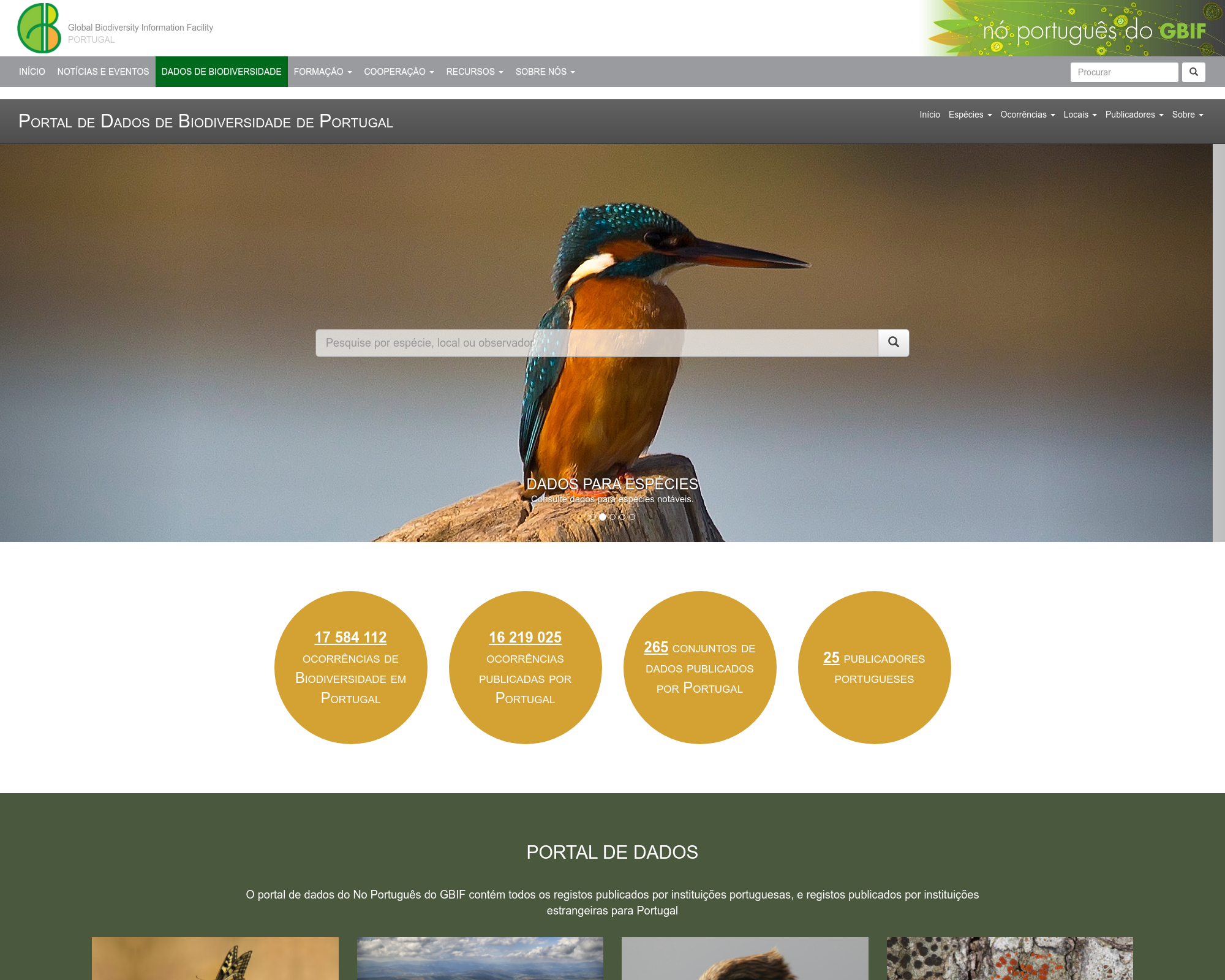 The first contact of GBIF Portugal with Atlas of Living Australia happened in the scope of the activities of the GBIF CESP mentoring project France-Portugal-Spain, in 2014. The platform raised the interest of GBIF Portugal, that had not a national data portal implemented. Since that time, Portugal has participated in several workshops with hands-on sessions, the first one in Paris, in 2015 (as a co-located event of the European Nodes Meeting). After a second hands-on workshop in Madrid, in the beginning of 2016, it was possible to launch the production portal in 19th October 2016, with the support of Santiago Martinez de la Riva (GBIF Spain) and David Martin (ALA). To know more, check the report of GBIF Portugal 2016.

The name of the Portuguese data portal is Portal de Dados de Biodiversidade de Portugal, accessible through http://dados.gbif.pt. It is also accessible from the communication portal of GBIF Portugal, at www.gbif.pt/dados (PT).

The datasets included in the portal architecture:

For more information, you may contact Rui Figueira on Slack.